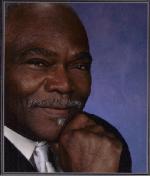 Theo Stanley, Jr. is a native of Dublin Georgia and has called New Jersey home for over 48 years. Theo has been the owner of Stanley’s Memorial Chapel, Inc., since 2002.  He is dedicated to providing superior care and service to families in need.

Theo was educated in the Georgia school systems and worked in funeral service at the Wyche’s Funeral Home in Dublin and retired from Mafco Corporation after 40 years of service.  He also worked for Virtua Hospital formerly known as West Jersey Hospital for over 40 years as an assistant pathologist and autopsy laboratory technician.

Through the years Theo has worked tirelessly helping others and has been an active member of the Camden community.  He has been a member of the Kaighn Avenue Baptist Church since 1962 and was ordained as Deacon in 1976.

Theo is the father of three sons and two grandchildren.  In his free time he enjoys deep sea fishing.